The History of MacKillop 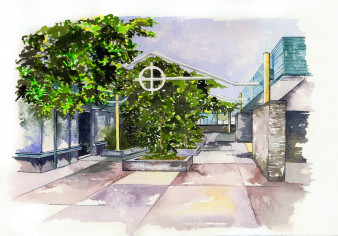 Image of Wanniassa by Barbara Hodgson

The Opening of our Trade Centre, 2012

A brief history: before MacKillop

In 1997, following a decision by the Catholic Education Commission, Padua High School and St Peter’s Catholic College began an amalgamation process to form MacKillop Catholic College. The school was to open a year later – in 1998 – under the guidance and leadership of Sr Noelene Quinane, who was chosen as Foundation Principal.

While MacKillop officially opened in 1998, its story goes back to 1978, when Padua High School opened to provide a Catholic secondary school option in the Valley. Padua was located in the suburb of Wanniassa and catered to students in Years 7-10.

In 1989, St Peter’s Catholic College opened a few kilometres from Padua in the suburb of Isabella Plains. St Peter’s offered places to students in Years 7-12.

MacKillop becomes a school: the amalgamation

The two schools enjoyed a healthy rivalry until the amalgamation in 1998, with Padua becoming the Wanniassa Campus and St Peter’s becoming the Isabella Campus.

In its inaugural year, the school took out the ACT Rock Eisteddfod, celebrated a number of community events like the Opening Mass and the Mary MacKillop Feast Day, and established a strong focus on social justice. These events formed a solid platform for the new school.

Over the period of a number of years, Years 7-9 became based at Wanniassa and Years 10-12 at Isabella. Thus, the idea of the ‘junior’ and ‘senior’ campuses was formed.

At the end of 2003, with the College coming to the end of its sixth year, Sr Noelene made the announcement that she would be moving on from MacKillop. In 2004, Mrs Moira Najdecki took over as Principal.

Mrs Najdecki led the school until the end of 2006 when she became the Director of the Catholic Education Office, and Ms Rita Daniels took over in 2007 in a caretaker role. Mr Michael Lee began his tenure in 2008 and is now MacKillop’s longest-serving Principal.

At the end of 2009, it was announced that Mary MacKillop was to become Australia’s first saint in October 2010. Under the authority of the Archbishop of Canberra and Goulburn, MacKillop Catholic College changed its name to St Mary MacKillop College at the start of the 2010 school year.

High interest in the school led MacKillop to become the largest secondary school in the ACT, and, in keeping with the College Vision, it has maintained a proud tradition of excellent academic results, a welcoming and safe environment, and operates as a Catholic school for all – not just a school for Catholics.

At the start of 2018, the College celebrated its 20th anniversary under the banner of MacKillop. To honour the school's history prior to the amalgamation, the College Leadership renamed the Wanniassa Campus to "Padua" and the Isabella Campus to "St Peter's". The 20-year celebrations coincided with the opening of two new buildings at the St Peter's Campus - the Julian Tenison Woods Laboratories and the Providence building. These buildings were opened by Archbishop Christopher Prowse, with many members of the Sisters of St Joseph (including Foundation Principal Sr Noelene Quinane) in attendance.